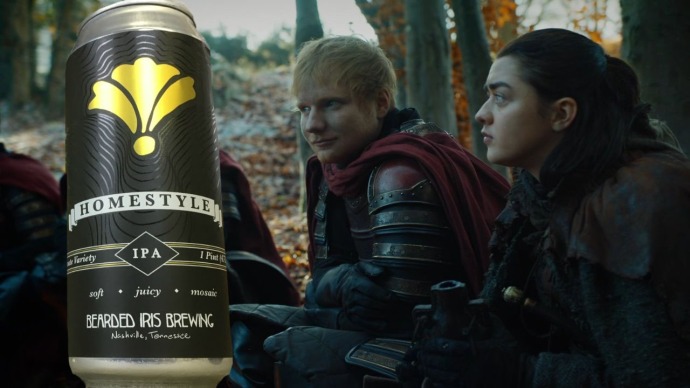 It was about one year ago that I started Stranger Beers. Back then, craft beer seemed like.. a lot. Too much to figure out over a couple drinks, or even a Netflix binge. One year later, I still don’t know anything about it, but it’s more fun to drink when asking, “Is that Ed Sheeran?” Shit, it is.

There is so much to unpack from this episode but honest to God, this is most important. The world came for Ed’s head, and he said deuces. Nothing can be more unfair and punishing than the internet. Ed Sheeran played a three minute cameo, had like two lines, mostly just sang, and got roasted into oblivion. He wasn’t even bad. Like, at all!

But he isn’t the first Ed to be wrongly executed, and probably won’t be the last. Let’s move on.

So, this Homestyle… this haze monster… this juice bomb.. it’s like the thick clouds the White Walkers emerge from. You know, those White Walkers ridin’ dirty with A GIANT WHITE WALKER NOW? It’s like that. Corny craft beer stuff like this cracks me up tho honestly.

Sometimes people latch on to qualities like ‘haze’ for good reason, occasionally no reason at all. Some say the popular New England IPA’s just add a lot of yeast for the cloudy effect, others probably have a legit defense. Idgaf honestly. Issa banger because it’s a banger. So soft and juicy, Homestyle’s hard to beat. All that haze noise is fun fodder no matter what you think of it. 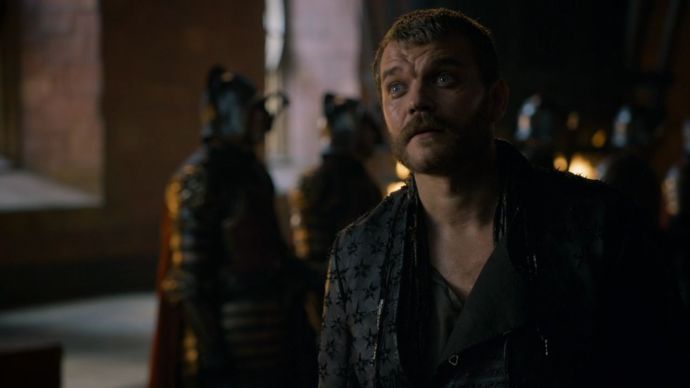 Euron stylin’ AF. Jon arguing with Sansa over Stark strategy, plus Little Finger’s stay schemin’ approach? Compelling, but figures AF. Gotta be watching that closely AF. And Dany getting to Dragonstone and setting up her war board? Let’s freakin’ go AF.